The very first handbag may have looked like a piece of leather attached to a stick.  It was a makeshift container to store food and flints.  The time that went by witnessed a development of the bag with regard to its shape, colour, and material.

The oldest bag mentioned in this study is the Scythian bag of the 5th century.  Like most of bags of that time it had a shape of a sack and was worn at the hips.  From the time when the Coliseum was built to the period of Crusades this type of the bag was widely used both by men and women.  The addition of a metal frame made the bag bigger and stronger.  It was still worn at the waist, attached do decorative belts which the ladies of the period from the 13th to the 15th century used to put on.  At that time it is only by small details in the shape and by the contents that a bag belonging to a man could be distinguished from that belonging to a woman.

The elegant bag appeared along with the alms-giving bag.  As an intricately decorated sack to hold money it was a manifestation of wealth and high social rank.  Small and delicate bags were regarded as elegant whereas big and roomy shoulder bags or sacks were a sign of hard work and were used only by peasants.

When the 16th century ladies’ garments became more loose-fitting, women hid their personal belongings in dress folds, in muffs and even in sleeves.  However, the 17th century signalled a better solution.  Decorative pear-shaped bags made of fabric  were worn under a slip at the hips and were not part of the garment any more.  Men, however, decided to use pockets built in their garments instead of extra bags.  This stage in the history of the handbag confirms that its further development was to depend on gender.

With the bags attached to their hips the women were inclined to carry all their belongings with them.  This was no longer possible when in 1790 in Paris simple and light dresses in the Empire style came into fashion.  This is when the hour of the handbag came.  The reticule deriving from the Latin word  reticulum meant a logical continuation of the fabric bag.  It had a handle and it could be carried in the hand.  The press suggested its association with ladies’ frivolous lingerie and slips, and distorted the word to “ridicules”.  In 1805 women who wore their bodices as outer garments were no longer seen as an oddness  and none of them went out without a handbag.  Since the handbag became meanwhile a purely feminine accessory, the men were left with no other choice than putting their hands in their pockets.  The British Imperial Weekly Gazette made the following sneering remark:  “While men wear their hands in their pockets so grand,  the ladies have pockets to wear in their hands.”

Soon afterwards, following a growing demand for durable travelling bags with handles, the first handbag from leather was made.  The handbag dating from the sixties of the 19th century resembled a small suitcase because of its lock and ticket compartment.  Unlike the dainty reticules or money bags which were closed by means of a piece of string this handbag had a metal clasp so that its contents for the first time became a woman’s private and intimate matter.  The men, who till that time carried money or fans for their ladies, were no longer expected to do so –  owing to the practical and ingenious handbags.  Since that time they feel both fascinated and excluded by ladies’ handbags.  Which woman still needed her spouse when Elsa Schiaparelli’s lantern bag (1938) offered enough space for cigarettes, make-up, keys, money and even electric light?

The history of the handbag is closely related to a social role of women.  In the 14th century a lady used to display her worldly possessions on the chain hanging from her hips.  In the 21st century the opulence of her handbag discreetly suggests at best her high standard of living.  The real power of the handbag (and of the woman) stems from its solidity, its discretion and its charm. 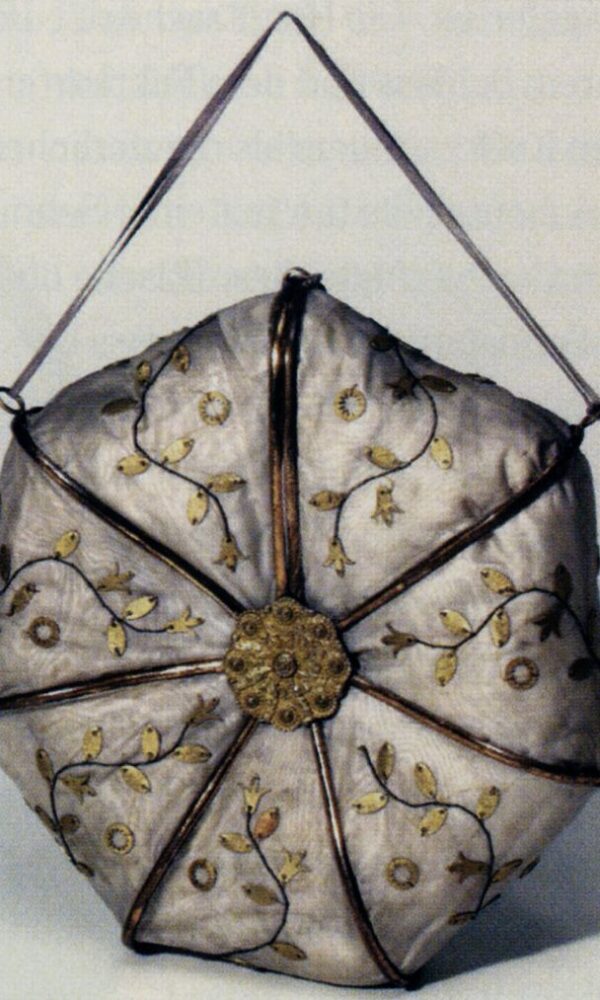 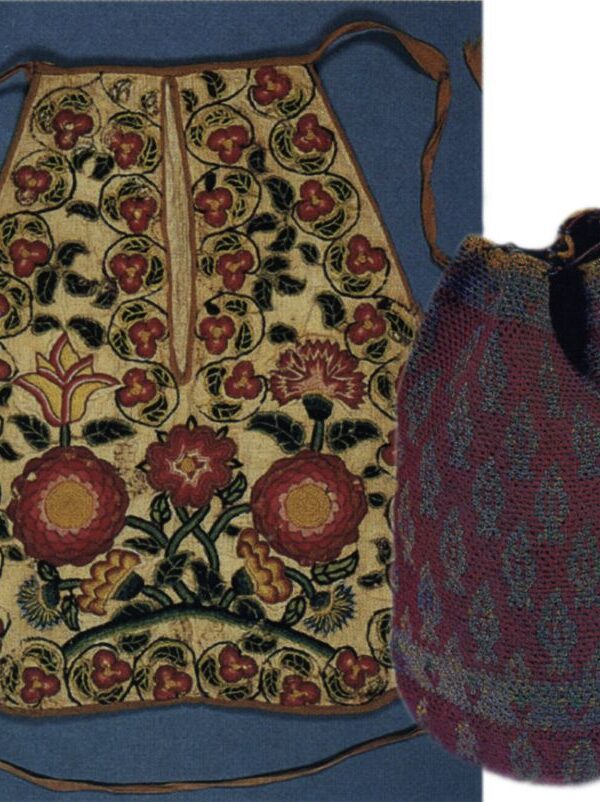 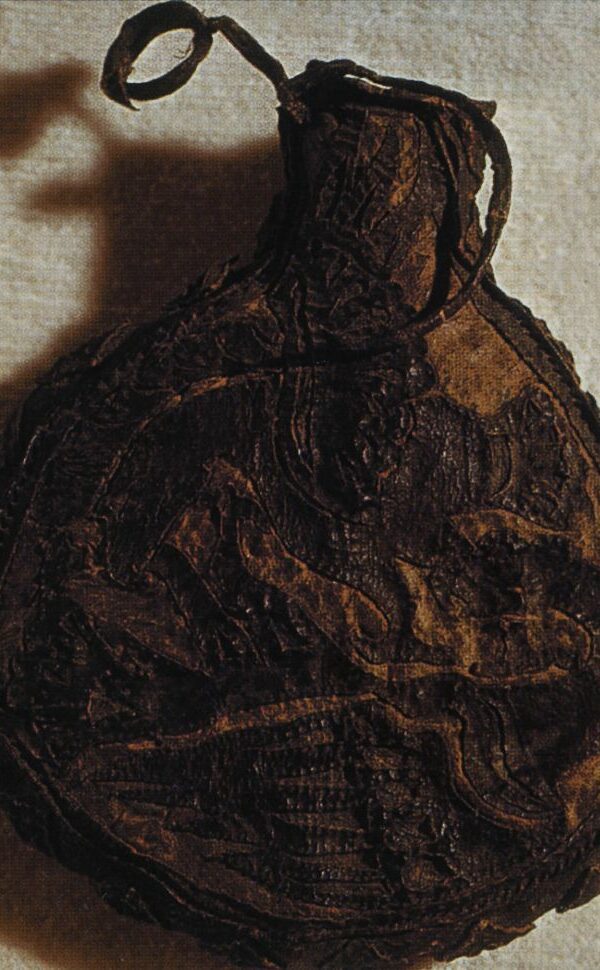 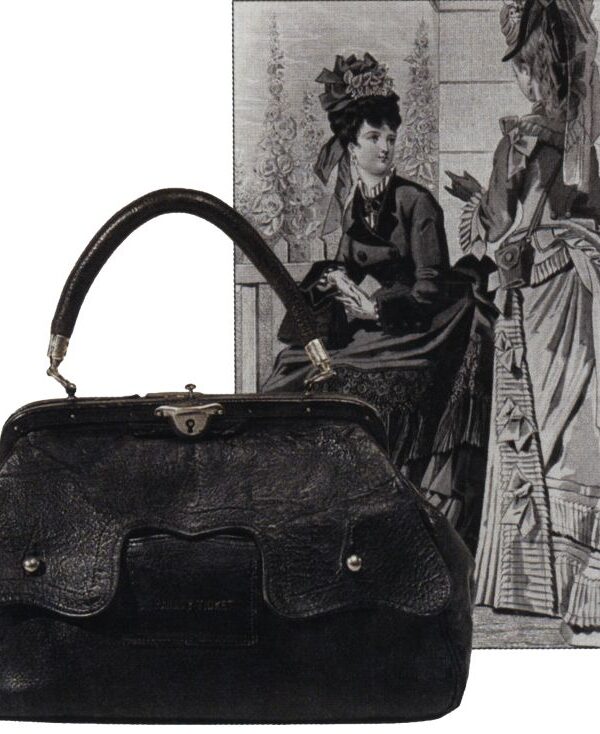 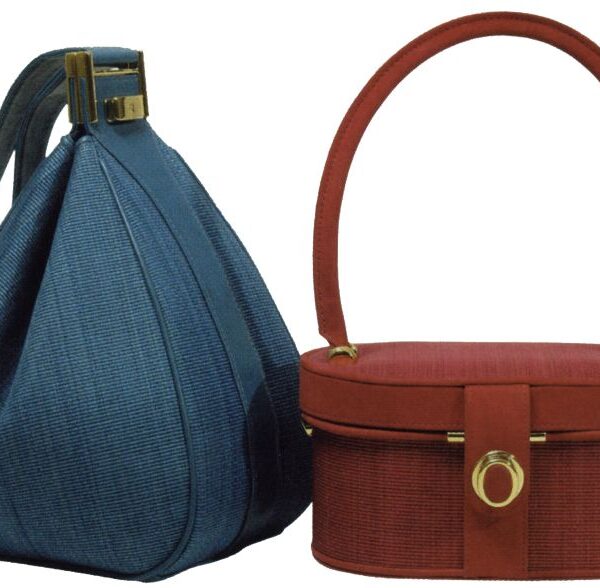